From literature to cinema, from art to sport, there are many men (and women) whose talent has ‘exploded’ in old age. For example, do you know who the (famous) writers are who started writing late ? If for many youth marked the culmination of their genius, for others it was ‘old age’ (where, for it, we mean after forty years) the most fruitful age in terms of inspirations. If you have some artistic-literary ambitions, but you are convinced that you are out of time, do not worry, it is never too late to discover geniuses! As happened to these greats of world literature, the famous writers who started late. Would you like to know more? Here are a few briefly, read on!

The first, among the famous writers who started late, we want to talk about is Jose Saramago (1922-2010), Portuguese playwright, poet and critic, awarded, in ’93, the Nobel Prize for Literature. He began working first as a mechanic and then as a journalist and translator and although he had several short stories and poems to his credit, he became known to the general public only at the age of sixty, in 1982.

The work that made him famous all over the world is the Memorial of convent, a novel set in Portugal in the early eighteenth century which was followed by numerous other books, from Blindness to The Gospel according to Jesus Christ, from The Raft of Peter to The duplicated man; not to mention the essays, poems and many plays.

Author of the children’s series Little House on the Prairie (which inspired the equally famous TV series), Laura Ingalls Wilder (1867-1957) is also among those famous writers who started late. She began teaching at a very young age (only 16), then worked as a seamstress and later as a journalist and editor of the Missouri Ruralist. 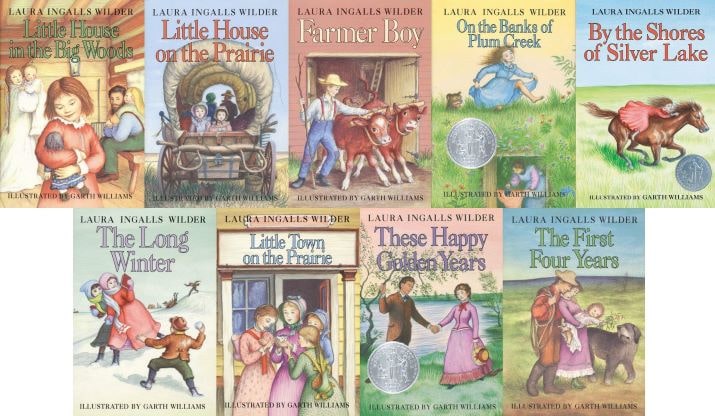 Her first book – Little House in the Big Woods, inspired by her childhood in a pioneer family – was only published in 1932 when she was 65, while his penultimate, These Happy Golden Years(the last one came out posthumously) saw the light in 1943, when she was seventy-six years old. Barring any ambitions for success, Wilder began writing only to preserve the memory of her family, but thanks to the fame that her books achieved (later confirmed by success on TV).

The Little House on the Prairie is still one of the most popular classics today, appreciated in children’s literature.

Became famous under the pseudonym of George Eliot, Mary Ann Evans (1819-1880) is considered one of the most distinguished writers of the Victorian era. She spent her life working as a writer and editor and published her first novel, Adam Bede, in 1959. But it was with Middlemarch, her seventh and penultimate novel that she achieved success: originally published in 1871 in serial form, it was then given to the prints in a single volume immediately obtaining great diffusion.

Considered the masterpiece of George Eliot (who, as a writer, reached fame later, at more than fifty years), the work is set in the fictional English town of Middlemarch and is a cross-section of the psychological and sociological complexity of Victorian England.

Considering that, at the time, the threshold of adulthood was well ahead of today, Joseph Conrad (1857-1924) is also one of the (famous) writers who started late. He published his first novel, Almayer’s Madness, when he was nearly forty, after a long period of adventures and travel, especially by sea. Of Polish origin but naturalized English, Conrad is one of the cornerstones of modern British literature; his works, including Lord Jim, Nostromo and Under the eyes of the West, are still among the most popular classics today, but he is Heart of Darkness, first published in 1899, his great (and controversial) masterpiece.

The story, told by the narrator Charles Marlow who retraces the journey up the Congo River, inspired Francis Ford Coppola’s Apocalypse Now, set, as is well known, during the Vietnam War.