The dividing line between genius and madness is so thin that often the two words are synonymous with each other. It is certainly no coincidence that eccentricity and genius often go hand in hand, and this is the case in all fields, especially in the artistic field. And it is precisely in the world of literature that today we want to project you, sharing the habits, oddities and curiosities that belong to some famous authors. To never lose sight of the fact that behind great names there is nothing but human beings.

Visionary Russian writer of the nineteenth century, he fascinated and disturbed whole groups of passionate readers with his disturbing stories of an ironic-grotesque imprint.

Among the various manias and eccentricities that characterized his person, there was one from which he suffered greatly. It was a serious form of claustrophobia, the taphefobia, or the fear of being buried alive. This obsession of his was so ingrained in him that in his will, among his last wishes, he wrote that his body should be buried only when clear signs of decomposition were noticed.

The irony of fate has it that just when it had to be reburied a few years after his death, the witnesses present at the exhumation claimed to have found the body in a prone position, in a completely unnatural pose compared to the usual supine. This has given rise to the belief that his greatest fears have really, terribly, materialized. 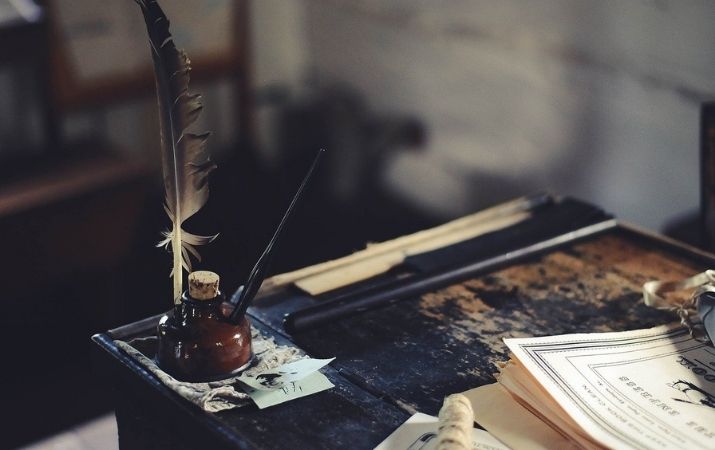 Tt is said that the famous author of Les Miserables was a truly unique character. Among his oddities is one linked to his writing activity: every self-respecting editor must have to deal, sooner or later, with the phantom writer’s block and he, just to overcome the horror vacui, adopted a very particular method. He had to lock himself in his room, strip off all his clothes and hand them over to the servants, who would have to return them to him once his daily chore was finished. He claimed that only in nudity could he concentrate. Clothes, like people, were distractions, so on colder days he allowed himself the luxury of wrapping himself up in a blanket.

Another peculiarity belonging to the French writer was his insatiable sexual appetite. According to the comments of friends and relatives, Hugo suffered from erotomania and that on his wedding night forced his young wife Adéle Foucher to nine amorous encounters.

She admitted that that night was a real torture for her. Having reached her fifth pregnancy, she definitively refused the attentions of her fiery husband, forcing the couple into a condition of chastity. Apparent chastity for Hugo: the number of his mistresses can be counted on the fingers of ten hands and perhaps not even those would be enough.